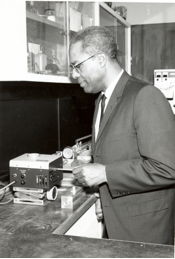 Fort Monmouth was once known as the Black Brain Center of the United States according to Electrical engineer, Thomas E. Daniels. Daniels claimed that this Army post “provided a place where black scientists and engineers could find jobs and advance their careers,” as other research facilities closed their doors to black Americans at the time. African American engineer William Jones also stated that these minorities were moving up in the ranks even faster than white workers.

Despite these employment opportunities, black employees still faced discrimination. They had great difficulty finding restaurants, transportation, and housing in the area. Mindful of these obstacles, many of these engineers and technicians started programs to educate their coworkers and local high school students on the negative effects of racism. Influential in these tutorial programs was Dr. Walter McAfee.

Dr. Walter McAfee was a mathematical physicist who worked at Fort Monmouth for nearly 4 decades. McAfee was a pioneer in an era of heavy racial segregation. He completed his Master of Science in theoretical physics at Ohio State University in 1937 and was one of the very few black Americans earning advanced degrees in physics at the time.

After graduating, McAfee had trouble gaining employment at several government agencies because of his race. This did not, however, happen with Fort Monmouth. After submitting his paperwork, McAfee was told to report to the post almost immediately.

McAfee is most well known for his participation in the Project Diana (1946). This project bounced an electronic echo from the moon’s surface back to an antenna at the Evans Signal Laboratory in Wall Township, New Jersey, part of the greater Fort Monmouth. Though not recognized until months after the project’s completion, McAfee’s theoretical calculations determined the feasibility of this original radar. This achievement is regarded by many as the beginning of the “Space Age.”

McAfee went on to earn his Ph.D. from Cornell University in 1949 and during his career, wrote studies on radar coverage patterns. This included the discovery that high-altitude nuclear explosions can cause communications blackouts.

In 1956, President Dwight D. Eisenhower presented him with one of the first Secretary of the Army Research and Study Fellowships. This allowed McAfee to spend an additional two years studying radio astronomy at Harvard.

McAfee’s work earned him national recognition and rewards. He received the first U.S. Army Research and Development Achievement Award in 1961 and was the first African American employee to be promoted to GS-16, a “super-grade” civilian position. In 1982 he was inducted into the Science Hall of Fame at his alma mater, Wiley College. After his death in 1995, U.S. government officials created the McAfee Complex here at Fort Monmouth, a facility containing the Information and Intelligence Warfare Electronic Directorate. 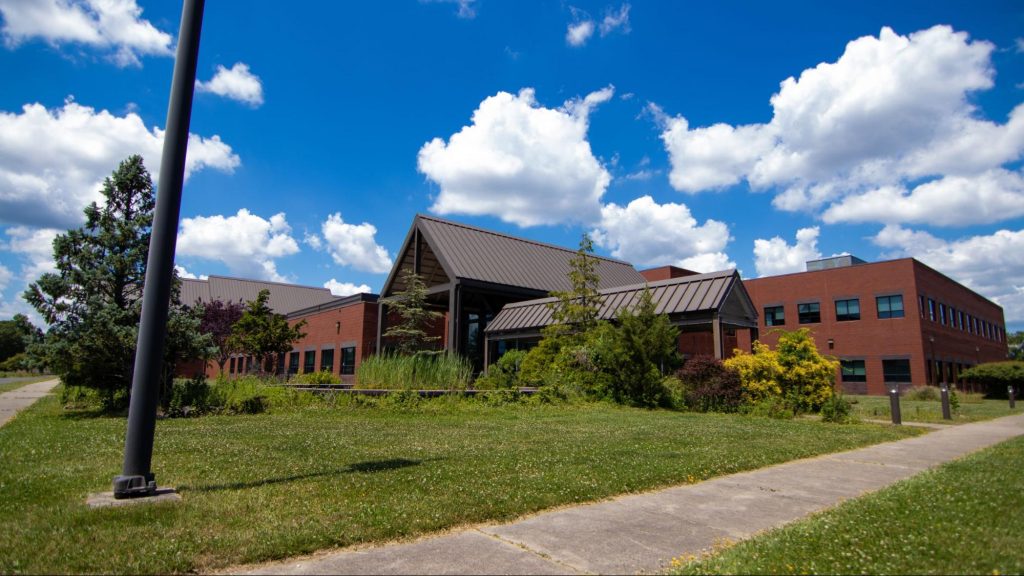