Concerts On The Green 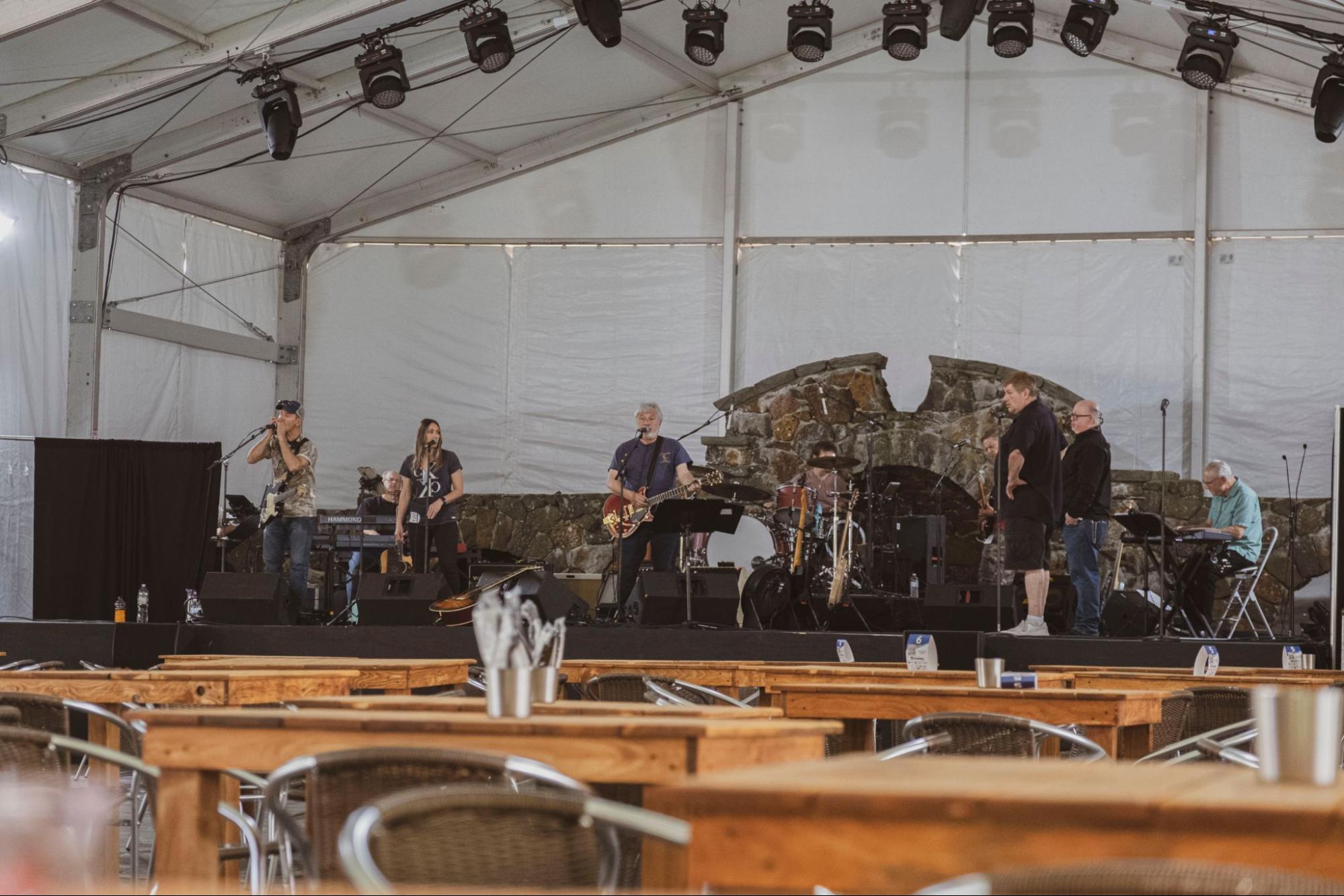 Concerts On The Green

Live music is back! The Concerts On The Green series, presented by The Count Basie Center of the Arts, and hosted by Fort Monmouth’s very own Suneagles Golf Club.

The event series kicked off on May 14th with Bobby Bandiera: Runnin’ Down A Dream with a sold-out crowd. The summer lineup includes both stand-up comedy and concert events, and has shows planned throughout the Summer. Featured talent include Citizen Cope, Grace Potter, Chris Distefano, Almost Queen, and more.

Check out the lineup of upcoming shows below:

AUG 7: Iliza: Back In Action Tour

AUG 11/12: Tusk: The Number One Tribute to Fleetwood Mac

AUG 19: Songs In The Attic: The Music of Billy Joel

SEPT 5: Sinatra: A Man and His Music

Suneagles Golf Club is home to Gibbs Hall, one of Fort Monmouth’s historic landmarks. Read more about the historic land-turned-concert venue below!

Suneagles Golf Club was built in 1926 by A.W. Tillinghast, one of the most famous names in the sport. Tillinghast was a skilled designer who worked on a number of golf courses throughout his career. Proud of his work, the designer even once stated that “Suneagles Course ranks among the best of (his) creations.”

On the land is Gibbs Hall, which acts as a banquet hall for Suneagles. The building was originally a private country club for Fort Monmouth’s officers. Gibbs Hall is currently under renovation, part of an effort by the club’s owners to improve the course’s facilities for visitors.

Suneagles Golf Club is a beauty to behold and sprawls across 6,357 yards of land. With beautiful scenery, large open space, and a newly built stage/entertainment area, it’s the perfect spot for Concerts On The Green.

We’re thrilled to see people reuniting with loved ones on Fort Monmouth. Plan your next Summer outing: Visit the Concerts On The Green website now to learn more and buy tickets!