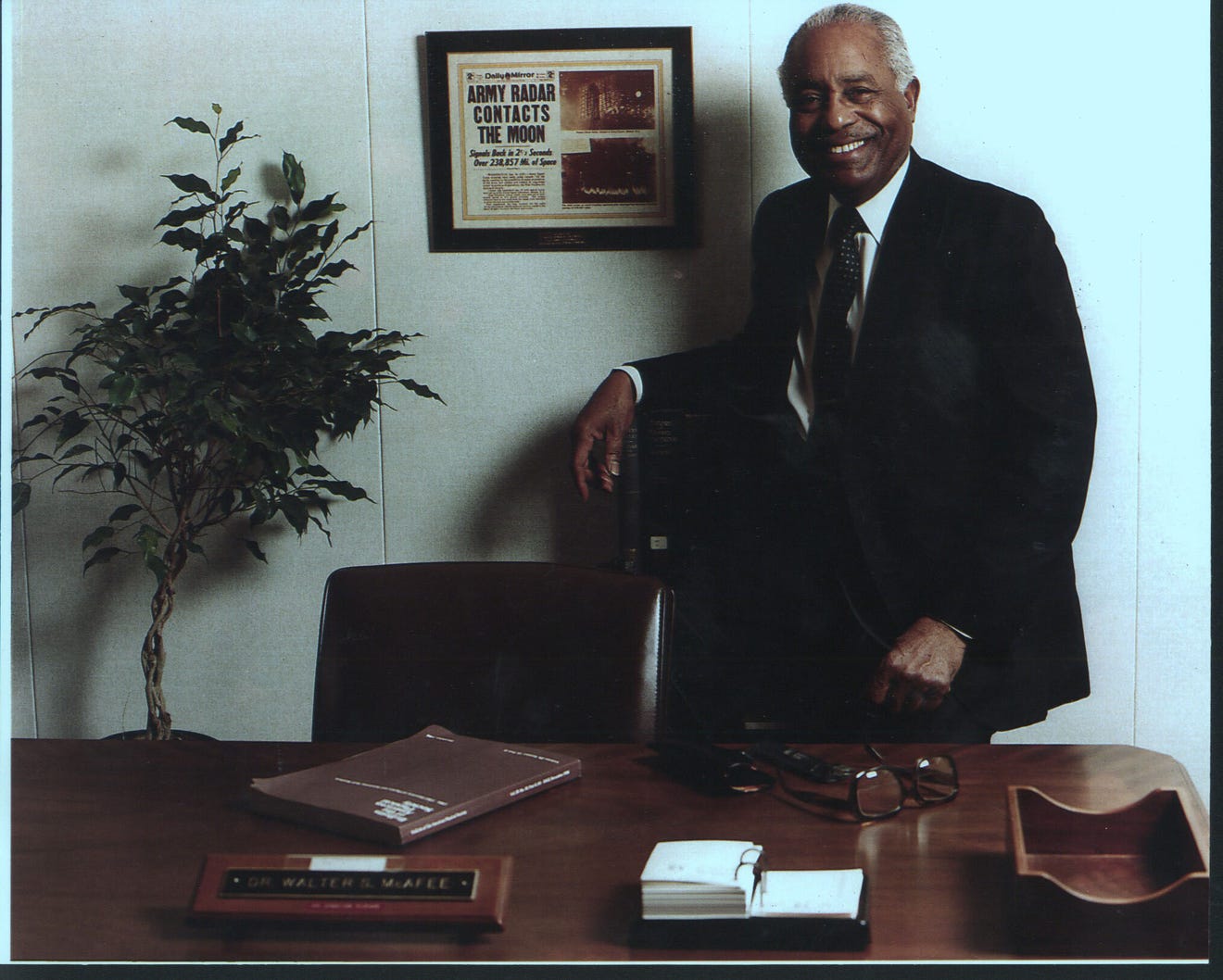 In 1942, Dr. McAfee began work at Fort Monmouth during WWII as part of the war effort. However, his background and experience in theoretical and mathematical physics made him a fit for the Project Diana team.  The work on Project Diana was a collaboration between physicist McAfee and Fort Monmouth engineers. The team theorized that via RADAR echoes, interstellar communication could be achieved.

Work on the project took years of hard work and dedication. McAfee contributed the necessary theoretical calculations, including a radar cross-section of the moon, radar coverage pattern, and the distance to the moon, all of which were crucial to the project’s success.

On January 10, 1946, the group assembled at Camp Evans in Wall Township, part of Fort Monmouth. There they were able to strategically use a modified SCR-271 bedspring radar antenna to broadcast RADAR signals at the moon. Each time, approximately 2.6 seconds later (the amount of time required for light to travel the distance from Earth to the moon and back), an echo appeared. This effectively proved that Earth’s atmosphere could be pierced, the moon could be used to transmit signals and interstellar communication was now feasible.

His contributions to communication technology are widely recognized as the beginning of the “Space Age” and were a precursor to space exploration, satellite communications and missile guidance systems. 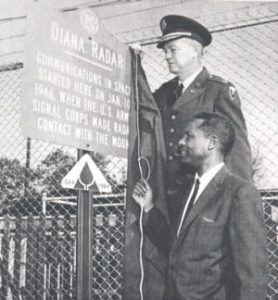