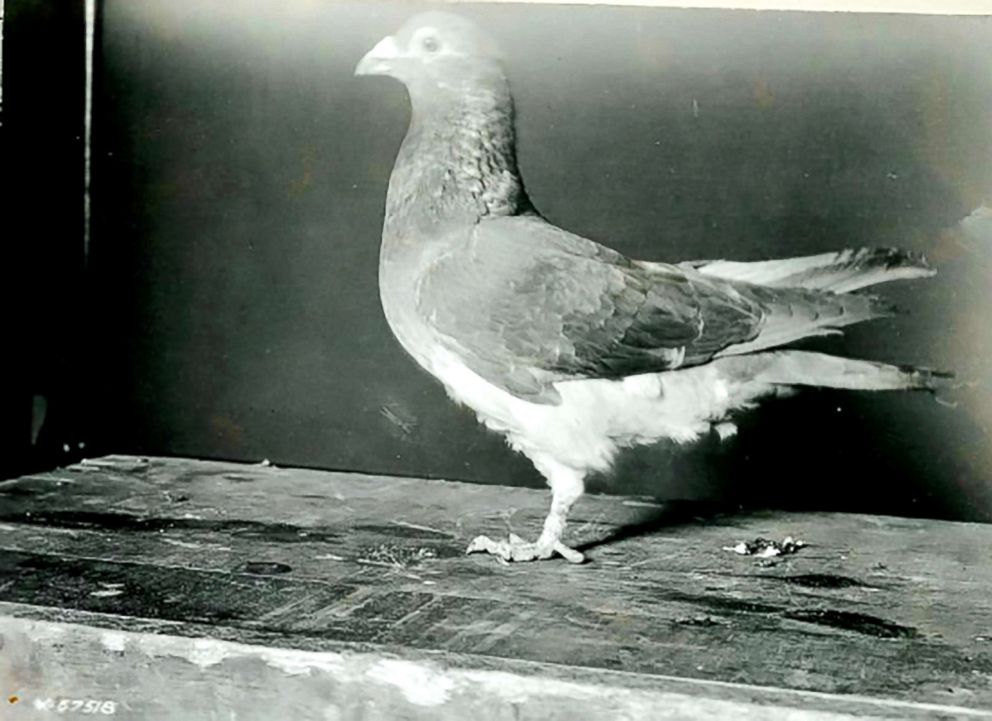 President Wilson was a carrier pigeon responsible for saving thousands of American soldiers’ lives. On October 5, 1918, Wilson’s unit came under attack and desperately needed artillery support, he was dispatched immediately as his unit’s only hope. While in flight, he was spotted by enemy soldiers and took heavy machine gun and artillery fire from the Germans. He suffered a shattered leg and a breast injury, but managed to complete the 25 mile journey in an unprecedented 25 minutes. With Wilson’s successful delivery of the message, artillery support was provided to his unit, shielding them from German fire and saving thousands of American troops.