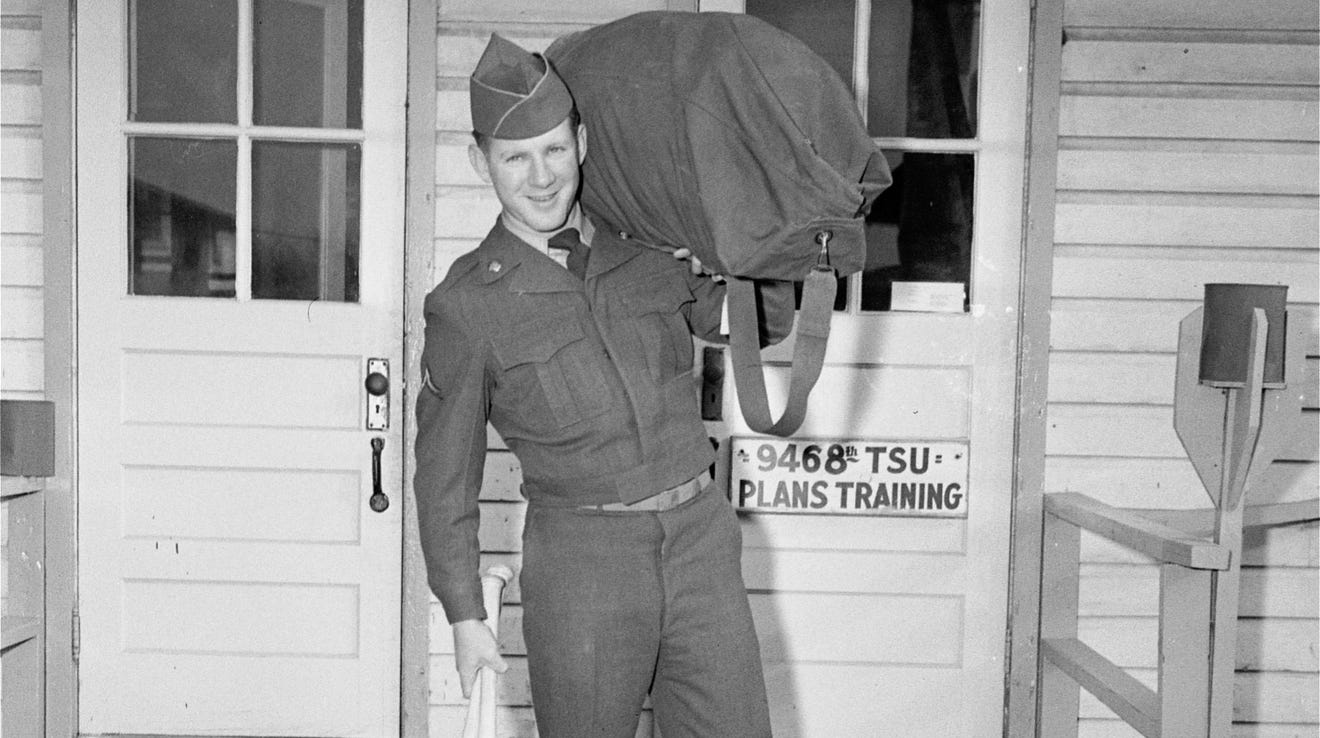 Whitey Ford enlisted in the Army in 1950 during the Korean War. He was ordered to Fort Monmouth where he began basic training in November and served until 1952. During that time he put his career with the New York Yankees on hold, although he managed to play in 20 games as pitcher and outfielder during that time. While enlisted, Whitey lived in Monmouth Beach, where fellow Yankees would often come to visit. He played softball on the Monmouth Beach Inn team and was a member of the Singaleers, the Signal Corps’ baseball team as well. In 1953 he left the Army and returned to the Yankees full time.